KNX is a leading company in the field of home and building automation. It is a long time media partner of EuropeOn, as electrical contractors are responsible for the installation, maintenance and advising regarding automation technologies in the built environment. As of September, the European agenda will be very busy with many key issues addressed by KNX, from the Renovation Wave Strategy to the priorities for a Green Recovery, from the rise of working from home to the renewed EU Skills agenda…

1/ It is impossible to start this interview without asking you first your perspective on the Covid situation, and especially lockdown and working from home, which are dramatically changing the way we live in the built environment.

The current situation will give a substantial boost to the further digitalization of our society, where KNX was already a forerunner 30 years ago and still is today. There is no question that having spent so many hours in the home environment in the last months has and will have a positive effect on what people will be ready to invest for improving this environment. Many thousands of home and building owners, installers, integrators, training centers, universities, national group organizations, user clubs have already taken the decision that KNX is the right horse to bet on for home and building automation. We are sure that many will follow suit.

The KNX Technology has a track record of in the meanwhile 30 years. Although it started off as a technology using an own Twisted Pair network, the possibilities of using KNX on other media have been extended over the years. Now, many KNX manufacturers have an offer that allow wireless communication between devices and also IP networks can be used to exchange KNX information. So, there is a wide choice of possibilities, depending on the degree of desired renovation.

3/ The Renovation Wave is also meant to address the issue of skills in buildings and renovation. You have joined EuropeOn in our Skills4Climate campaign which tries to raise awareness on the lack of skilled professionals to make of the energy transition a success. How is it important to KNX?

Training has been a cornerstone in the success of KNX worldwide. Since day one, KNX has put great efforts in including the technology in the curriculum of public and private training institutions, to make sure that anyone interested in acquiring knowledge on how to design, install, commission and diagnose a smart home or building with KNX is sure to be able to participate in a worldwide standardized training program, in the meanwhile available at 500 KNX certified training centers (see https://www.knx.org/knx-en/for-professionals/community/training-centres/ ).

In this way, as a technology bridging different application domains, KNX was a very early forerunner for such initiatives as the “Electronic Technician for Building System Integration”, a new recognized occupation in Germany that now materializes thanks to the efforts of the German Association for Electrotechnical Contractors (ZVEH). Persons who have participated in the KNX Training Program, the so called “KNX Partners” are Electrical Technicians for Building System Integration “ avant-la-lettre”.

4/ KNX is often associated with home and building automation but you are more and more involved in energy management, including  e-mobility – can you tell us more?

KNX has invested heavily in the last years in attempts to standardize the field of energy management, with the dawn of renewables and the e-car, a domain that becomes more and more important. KNX is active with other players in the European Standardization committee CLC TC205 WG18, which is designing a European standard for Customer Energy Managers that will help orchestrate consumption and production in smart homes and buildings. The EN 50491-12-2 will be technology neutral and KNX will provide its members with specifications on how this can be realized with the KNX technology. Also in this domain, KNX can then become the technology that helps exchange information between different application domains.

5/ What are the main EU topics that you will be looking for in the coming months?

Another field that is likely to have an ever increasing importance is undoubtedly privacy and data security, also in the field of home and building automation. In the same European standardization committee CLC TC205 but in its working group 20, KNX is involved with many of its major members to define a horizontal standard for security in home and building automation. KNX already holds the right cards, as in the last years, KNX has extended its protocol with possibilities to authenticate as well as encrypt data sent via KNX. This has resulted in new European Standards describing KNX data security (EN 50090-3-4) as well as KNX IP Secure (EN ISO 22510). Products complying to these standards are already available from multiple KNX members and the KNX application and vendor neutral ETS configuration tool already supports the configuration of such KNX Secure products. 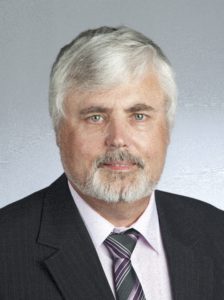